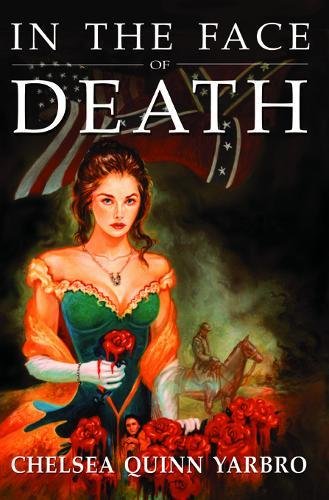 IN THE FACE OF DEATH: An Historical Horror Novel

Aficionados of Yarbro's long-running Saint-Germain series ( , etc.) will find this related novel to their liking, though its female point of view lends a different emphasis and emotional texture. French vampire Madelaine de Montalia, younger by many centuries than Saint-Germain, is not as immured to the pain of loving and losing mortals as her vampiric friend, lover and mentor. In 1845, Madelaine sets out to live with and study American Indian tribes in an effort to document their culture and knowledge before they're lost forever. (Admirably accurate research makes one wish these anthropological journals truly existed.) Arriving in 1855 San Francisco, the beautiful, charismatic Madelaine—who appears to be no more than 20 years old—and her banker, the unhappily married William Tecumseh Sherman, fall passionately in love. Madelaine eventually finds herself trapped in 1860 Alabama facing the vicissitudes of civil war. Sherman, who was actually a partner in a San Francisco bank before the Civil War, necessarily receives short shrift as a supporting character, but his role does allow Madelaine to make her points about the true meaning of undying love. Romance and history predominate in a story whose horrors, as in the Saint-Germain novels, are all of human origin.