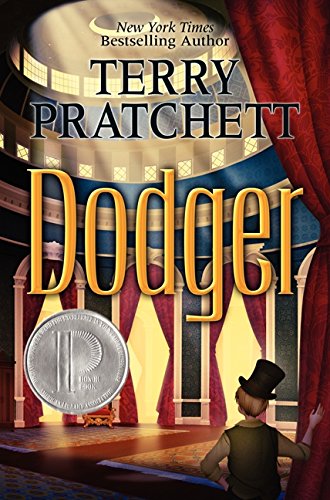 This superb novel from Pratchett is relatively subdued in its humor and contains virtually no fantasy, beyond a flavoring of early Victorian alternate history. It's not only a fine Dickensian novel—Dickens himself figures prominently. It follows a sewer-scouring "tosher" and thief named Dodger, "a skinny young man who moved with the speed of a snake," who, like a knight in soiled armor, leaps out of a drain one night to protect a young woman who is being severely beaten. Two of London's most famous figures, Charles Dickens and social reformer Henry Mayhew, appear on the scene a moment later. A complex plot gradually unravels involving the identity of the mystery girl, known only as Simplicity, and the reasons someone powerful wants her dead. Making guest appearances are such luminaries as Benjamin Disraeli, Queen Victoria, and Angela Burdett-Coutts, the richest woman in the world at the time. Full of eccentric characters and carefully detailed London scenes, the tale embodies both Dickens's love for the common man and a fierce desire for social justice. Ages 13–up. Agent: Colin Smythe. (Oct.)
close
Details