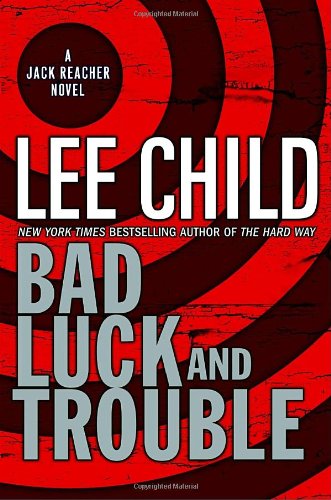 At the start of bestseller Child's winning 11th Jack Reacher adventure (after ), the bad guys unceremoniously dump Calvin Franz, a former MP, from a Bell 222 helicopter "[t]hree thousand feet above the [California] desert floor." Trouble is, Franz was a member of the army's special investigation unit headed by Reacher—a one-time military cop who left the service to become a solitary drifter par excellence. A former colleague sends Reacher a coded SOS; the two rendezvous in L.A. and the game's afoot. More members of the band get back together, only to discover that Franz isn't the group's only casualty. As usual in Reacher's capers, practically nothing is what it seems, and the meticulously detailed route to the truth proves especially engrossing thanks to the joint efforts of this band of brothers (and two sisters). The author carefully delineates Reacher's erstwhile colleagues, their smart-ass banter masking an unspoken affection. The villains' comeuppance, a riveting eye-for-an-eye battle scene (hint: helicopter), is one of Child's more satisfying finales.