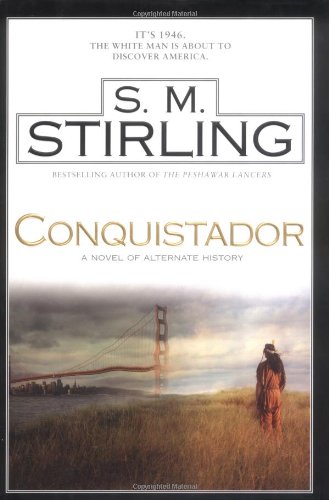 One adjustment to his radio sends John Rolfe VI, a descendant of the Virginia colonist, from 1946 into a California New World never touched by white men in Stirling's () mesmerizing new novel. Having discovered the Oakland Gate that allows one to switch secretly between worlds, Rolfe and a passel of army buddies found New Virginia, a Southern Agrarian "pirate kingdom," and proceed to build wealth and power on both sides. Stirling cleverly switches between vignettes of New Virginian history since 1946 and the "present" of 2009, when a neo-Mafioso is plotting to take over Rolfe's "theme park of perverted romanticism run amok." In this luscious alternative universe, sidekicks quote the Lone Ranger and Right inevitably triumphs with panache. What more could adventure-loving readers ask for? (