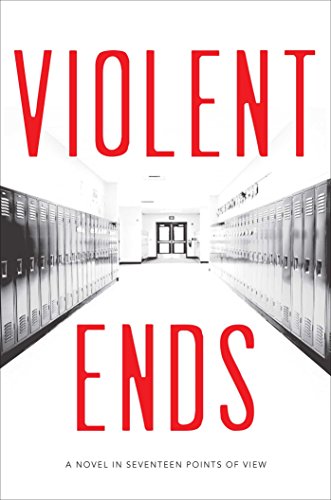 Seventeen young adult writers including Steve Brezenoff, Beth Revis, Cynthia Leitich Smith, and Courtney Summers contribute to this powerful project—a single story told through multiple perspectives—to provide insight into what drove Kirby Matheson, an imagined school shooter, to kill five classmates, a teacher, and himself. The voices include those of Kirby's girlfriend, childhood neighbor, and even the gun he used, creating an external portrait of a complex character who "did some good things and some monstrous things in life." There are hints at Kirby's motivation—he saves a suicidal student, kills helpless bugs, gets bullied, is preyed on by a teacher—but, as is often the case in real life, the killer never explains himself. In the aftermath, Kirby's younger sister realizes that the shooting "doesn't define her" or even tell Kirby's whole story, while a school bully wonders why when Kirby "had a shot at me... he didn't take it." These stories humanize a troubled teenager, as well as the people who hurt him along the way, but the authors don't let anyone off the hook, Kirby least of all. Ages 14–up. Agent: Amy Boggs, Donald Maass Literary Agency. (Sept.)
close
Details