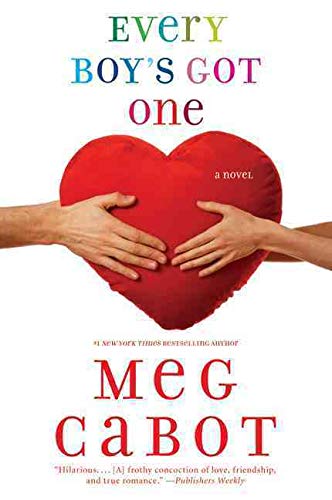 EVERY BOY'S GOT ONE

A day-by-day travel journal intended as a first anniversary present for Jane Harris's best friend, Holly, turns into Jane's rollicking private diary account of the madcap events leading up to Holly and Mark's Italian countryside elopement. Cabot ( ), who pens the bestselling young adult series the Princess Diaries, presents an engaging topsy-turvy tale pitting maid of honor Jane, renowned for her Garfield-like Wonder Cat cartoons, against Mark's best friend and best man, international journalist Cal Langdon (who, to Jane's astonishment, has never heard of Wonder Cat). The author garners extra points for cleverly bringing the novel to life via Jane's diary, Cal's PDA journal and the hilarious e-mails that whiz through cyberspace between the main characters, their respective family members and one diehard Wonder Cat fan. Cabot captures the rustic charm of Castelfidardo, a small Italian town in the region of Le Marche, which happens to be the accordion-making capital of the world and is replete with unpredictable electricity, dubious public restrooms and bureaucratic snafus that nearly derail the wedding plans. The jaded, bitterly divorced Cal makes a worthy opponent to Jane, whose notions of marriage are much more romantic than his. Cabot's personal epilogue about her own elopement in the Italian countryside—marked by much of the mayhem her main characters encounter—adds spice to this frothy concoction of love, friendship and true romance.