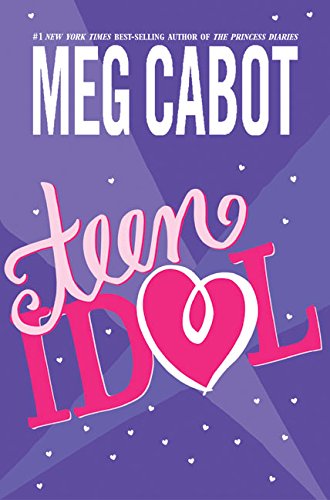 Cabot ( ) revisits her Hoosier roots, taking something of a break from the glitzy world of Genovia's royalty. But not too much of a break, since this brisk and bubbly tale explores what happens when teen heartthrob Luke Striker attempts to spend a week posing as an ordinary high school student in a small Indiana town, in order to research his next movie role. Luke's host (and the novel's peppy narrator) is Jenny, a well-liked junior at Clayton High who has her own secrets: she anonymously pens "Ask Annie," the school paper's advice column, excerpts of which appear before each of the novel's chapters. And she nurses a half-acknowledged crush on the paper's editor, Scott, who is dating someone else. Shocked by the cruelty of real-life high school, Luke convinces Jenny to become a force for good—to no longer simply be everybody's pal but to champion the downtrodden (such as the school's least popular girl, Cara "Cow") and fight for what's right (the return of a favorite teacher's kidnapped Cabbage Patch doll). As a reward, of sorts, Luke promises to come back to town to take Jenny to the high school's Spring Fling. The down-to-earth high school setting, peopled with recognizable, fully realized characters and ably described by Jenny, provides a sturdy springboard for the over-the-top Hollywood plotline, which Cabot delivers with a wink. A snappy and fun read that is—no doubt—soon to be ready for its own close-up. Ages 12-up.