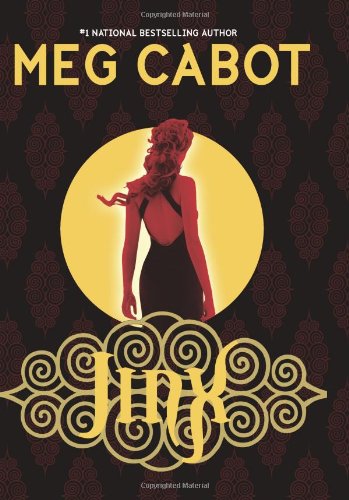 Jean, aka Jinx, has been a “bad luck magnet” since the moment she was born, when a freak thunderstorm caused a hospital blackout. Now, due to a vaguely described incident involving a stalker, she has moved from Iowa to stay with her aunt’s family in a ritzy New York City townhouse. Jean’s regular bad luck gets worse thanks to Tory, the snotty cousin who is now her classmate at an exclusive private school. After Jean mysteriously prevents a cute neighbor from a terrible accident, Tory is convinced that Jean is a witch—just like herself, and as proof she dredges up a story their grandmother used to tell about magic in their bloodline. Jean refuses to join Tory’s coven, saying, “I don’t think messing around with magic is such a good thing, you know” (though she soon performs a binding spell to prevent her cousin from hurting the family’s au pair). Tension between the girls rises, causing Tory to ominously declare, “I have a very special thank-you I’ve been saving up, just for Jinx.” With its assurance of a satisfying outcome despite the odds, predictability is a virtue in a Cabot ( ) novel, and readers will guess most plot points, including the truth behind the stalking story. Readers will enjoy the premise and the naiveté of the heroine, and they’ll wonder, as Jean does, how much magic is actually at play. The final supernatural showdown proves that Cabot can do harrowing just as well as she does pop romance. Ages 12-up.