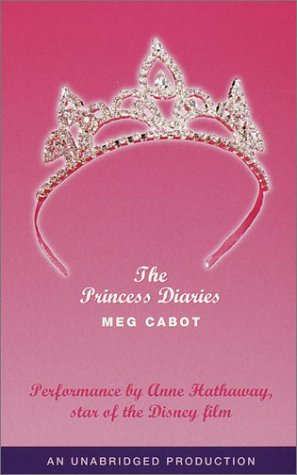 Youthful actress Hathaway, who stars in the forthcoming (Aug. 3) Disney film version of Cabot's novel, reprises her role as the reluctant royal Mia Thermopolis on this perky audio adaptation. Hathaway convincingly voices every nuance of exasperation, humiliation and anxiety that Mia feels as a gangly, flat-chested high-school freshman facing some king-size changes in her life. Mia thinks things can't get much worse when her artist mother starts dating her algebra teacher. But her "normal" days as a stressed student are numbered when she learns that her father is the prince of a small European principality called Genovia and she is not only a princess, but is next in line for the throne. Soon, the whole school—and all of Manhattan—know about Mia's title, something her never-married parents had agreed to keep from her. She's faced with taking princess lessons from her authoritarian grandmother, putting up with a bodyguard and fighting off paparazzi and false friends. Contemporary phrasing and slang—and Hathaway's comfortable mastery of both—give this recording a kick that's sure to capture a teen audience. Ages 12-up.

Princess in the Spotlight