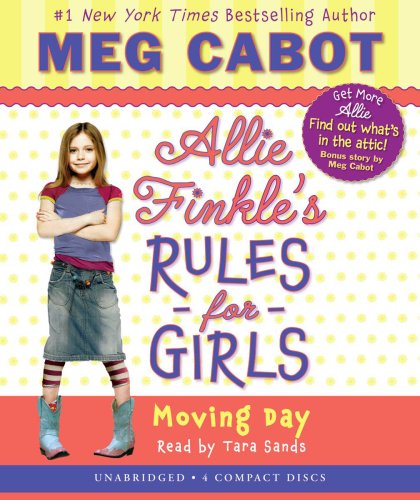 Sands, known to audiobook aficionados as the teen gumshoe in Wendelin Van Draanen's Sammy Keyes series, brings all the angst of a powerless tween to bear in voicing this novel, first in a series. Nine-year-old Allie is unhappy that her parents are moving to a Victorian fixer-upper across town. Sands excels at conveying Allie's righteous indignation at the tumult her parents have caused, while also finding a conspiratorial tone to deliver Allie's plan for thwarting the sale of her current home. She also has fun squeaking out the dopey ideas of Allie's little brothers (one requests velvet pirate wallpaper for his new bedroom), although they sound a bit alike. Allie's mother is voiced in a syrupy parody of a sitcom mother-knows-best, which works, but emphasizes the material as better suited for tweens with headsets than the whole family on the car speakers. Ages 8–12.