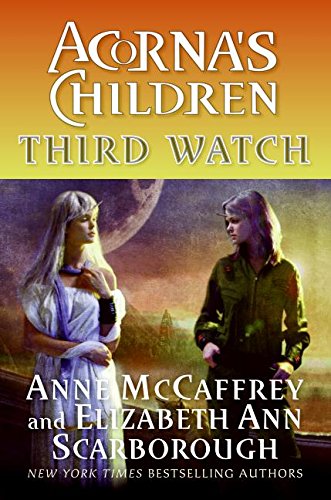 At the start of this readable light entry in McCaffrey and Scarborough’s popular Acorna series ( , etc.), Acorna’s long-lost daughter, Korii, and Korii’s twin, Ariin, travel through time and space in search of the secret of the plague that’s endangering galactic civilization. With them is their faithful cat, Khiindi, who turns out to be a good deal more than he seems. After plenty of stirring adventures, the twins find that the secret of the plague lies in the elder race known as the Ancestral Friends, in particular in one not-so-friendly Lord Odus. The time traveling is almost too easy, and the book isn’t for newcomers despite the comprehensive glossary and notes, but series fans will appreciate the authors’ genuine feeling for their human characters as well as for cats and dragons.