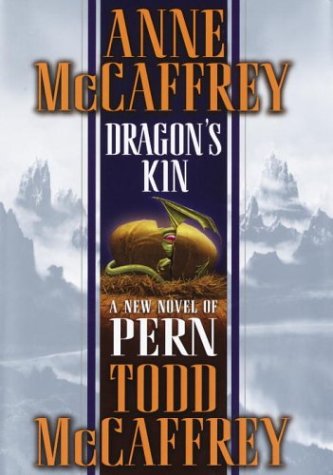 Beloved bestseller McCaffrey has joined forces with her son, Todd, to produce another delightful entry in the Pern series, which began with in 1968. The action here centers on Camp Natalon, the site of a coal mine. Now that the surface seams of coal have begun to run dry on Pern, it's imperative to start extracting coal from deep underground, despite the increased danger. Some of the miners rely on the expertise of the watch-whers, smaller versions of dragons, to help keep them safe in the mines. As Kindan, blind Nuella and master harper Zist puzzle out the lore, habits and abilities of these nocturnal creatures, they find out more about the watch-whers (and themselves) than they thought possible. Fans who have become comfortable with McCaffrey's smooth trademark style over the years will notice no seams—which bodes well for any solo novels her coauthor, the heir apparent, may contribute to the Dragonriders saga.