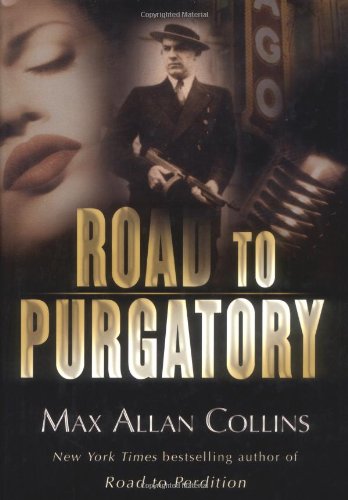 When you're dealing with the straight-text sequel to a bestselling American graphic novel, (2002), which became a memorable Tom Hanks movie, the words take on extra significance. Luckily, Collins is, among his other talents, a dedicated word man, the author of dozens of sharply written and impeccably researched mysteries and thrillers. In 1942, Michael O'Sullivan Jr.—the wide-eyed boy who watched his father turn into an angel of vengeance—is now grown up and about to become a WWII hero in the savage battle for Bataan. Raised by Italian-American adopted parents, Michael Satariano (as he's now named) then returns to America to continue his father's one-man war on the Capone mob by working his way up inside it. Michael hits it off with Frank Nitti, Al's successor (played so well by Stanley Tucci in the film version of that he should be signed immediately for the sequel). Then there's a touching and frightening flashback to 1922, when Michael Sullivan Sr. covers up a crime by the son of his own mentor, John Looney. Collins ranges over a lot of ground, and his writing is most vivid when he describes visual exteriors rather than mental interiors. But the complete package is so smooth and imaginative that few will find it more graphic than novelistic.