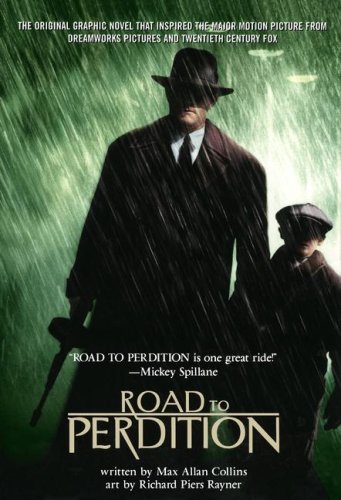 Originally published as a single-volume graphic novel in 1998, this is the comics work upon which the Tom Hanks movie is based. It's the story of Michael O'Sullivan, a feared and religiously inclined mob hit man who's brutally betrayed—and the fierce vengeance he wreaks. It's 1930 and O'Sullivan works for the Looneys, an Irish mob family with a stranglehold on the politics and businesses of a small Midwestern city. Curious about his dad's mysterious "job," Michael Jr. stows away in his car to see what he does for a living. He inadvertently witnesses his father and one of the Looneys murder a crooked cop and his partners. Fearing what the kid saw, the Looneys set the O'Sullivans up to be killed. They murder O'Sullivan's wife and younger son, leaving him stunned but determined to have his revenge. The Looneys go into hiding, and O'Sullivan and son set out to find them, encountering the celebrities of gangland Chicago along the way. Collins writes a good gangster yarn based on historical personalities and full of crisp dialogue, violent action and brooding overtones of religious redemption. But O'Sullivan is essentially a superhero in a fedora, and his ability to kill an overwhelming number of adversaries with nary a scratch to show for it is a bit ridiculous. Though Rayner's b&w drawings can be static, they are precisely rendered with strikingly delineated faces. Like movie posters, his drawings capture the action with a combination of slick draftsmanship and the bleak and shadowy forms of cinematic noir.