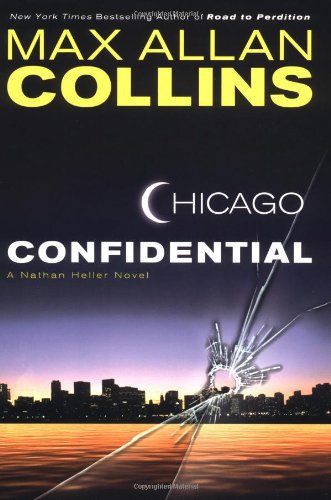 "I had done jobs for Nitti, and Nitti had done me favors, like not having me whacked," PI Nate Heller recalls in the latest entertaining installment of his "memoirs," which takes him back to his old stomping grounds in Chicago. It's 1950, the moment in American history when the Mafia becomes a household name, and Senator Estes Kefauver is investigating organized crime. The PI walks the thin line between keeping his underworld sources confidential and holding the Feds at bay, but when a crusading ex-cop who once saved his life is murdered, Heller knows revenge is in order. Fourteen novels ago the prolific Collins (who has also scripted the comic and novelized Spielberg's ) introduced Heller in (1983), set in the Chitown of Capone and Nitti. More recently Heller has wandered the country, investigating now-famous crimes such as the Black Dahlia and the assassination of Huey Long, always set in a factual here-and-now crossbred with the jazzy pulp stylings of such paperback original writers as Mickey Spillane. A famous starlet-to-be has a cameo role ("her elaborately brassiered breasts punched at the light fabric like shells almost breaching a submarine's hull"). While the crime elements are strictly pro forma for the hard-boiled genre, Collins excels in the dialogue with the Made Guys, and every time Frank Sinatra (whose career Heller figures is finished) appears, the pages sing. Light and fast-paced, this is criminal history made easy and fun.