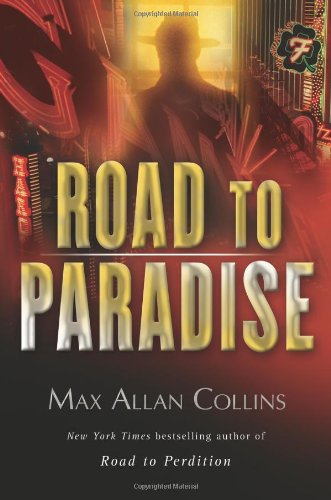 Shamus Award–winner Collins concludes his Road series (after ) with a gripping, blood-soaked journey down memory lane. It's 1973, and 50-year-old Michael O'Sullivan Jr., the young boy orphaned in , has Italianized his name to Michael Satariano and is boss and squeaky-clean mob frontman of the Cal-Neva Lodge and Casino at Lake Tahoe. Though a "made man" and official member of Chicago's Cosa Nostra family, he plans to work a few more years at Cal-Neva before retiring with his beautiful wife and teenage daughter to a life of legitimacy. But simple plans like Michael's fare poorly when thrust against the gritty realities of the mob. When Sam Giancana decides to end his exile in Mexico and reclaim his former position as Godfather, hits are ordered, mistakes are made and many people die, some of them quite close to Michael. He's now on the run, forced to relive his father's vengeance-fueled crime spree of 40 years earlier. While a slightly less profligate killer than Michael Sr., he's just as efficient and just as deadly. Collins's compelling mix of history, bloodshed and retribution is as irresistible as Sam Giancana's last meal of fried sausage, spinach and beans. Readers will eat it up and beg for more.