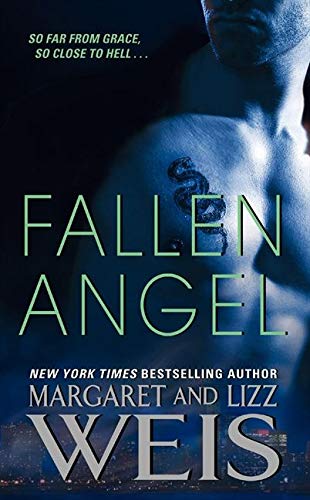 Margaret Weis ( ) and daughter Lizz’s fantasy romance succeeds mostly in the fantasy department. Matthew Gallow, burned at the stake as a Christian martyr, fell from grace, returned to human form and now drinks too much and performs fake exorcisms for money. After he casts out a real demon from an adolescent girl, he becomes an overnight celebrity. Natalia Ashley, who manages rock star Cain, offers Matthew big money to “perform” nightly exorcisms while the rocker sings his hit song, “Possession.” Neither realizes that Cain’s possession is not metaphorical; he signed Satan’s dotted line and promised to turn his fans into hell’s army. Matthew, a compelling, tortured hero, is aided by an archangel with a black sense of humor, a dormouse and Natalia’s grandfather Woof, a Dead-head ghost. Natalia and Matthew’s romance is more explained than demonstrated in this otherwise intriguing supernatural thriller.