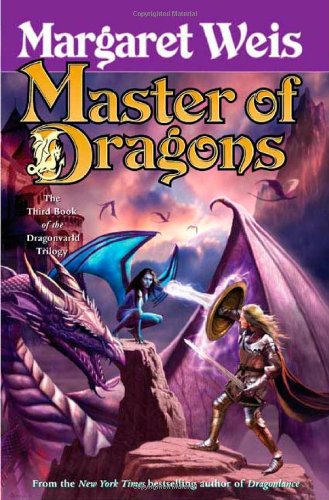 With a bright flash of dragon magic, bestseller Weis winds up her enchanting Dragonvarld trilogy, which began with (2003) and continued with (2004). Nasty rogue dragons have plunged this colorful fantasy world into turmoil. Ven, who's part dragon and part human, and his normal-appearing twin, Prince Marcus, seek to avenge their mother Melisande's brutal death. Marcus also hopes to protect Idylswylde, his father's kingdom, aided by the gypsy Evelina, who longs to trap Marcus into marriage and ends up holding the key to future dragon intrigues. A fire-breathing finale leads to a mysterious denouement that hints of adventures to come. Weis is also the co-creator with Tracy Hickman of the Dragonlance role-playing game series.