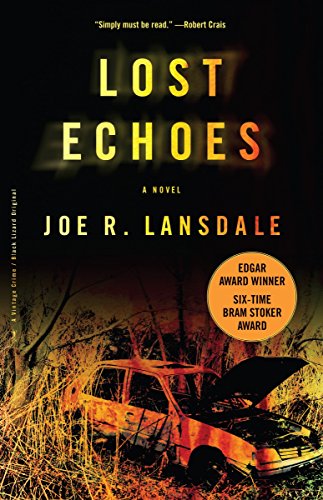 In this superior East Texas crime thriller from Stoker-winner Lansdale ( ), Harry Wilkes discovers after a severe childhood ear infection that he has a peculiar "hindsight." Harry can not only see dead people but see and hear violent events as they occurred in the recent or distant past. "It's like I hear and see ghosts in sounds," he tells his father. By the time he's a college student, Harry's psychic abilities have driven him to booze. After meeting alcoholic Tad Peters, a retired martial arts expert, Harry becomes Tad's surrogate son and student. The two forge a pact to sober up together. Their resolve is tested when Harry agrees to help Kayla Jones, an old childhood crush now a cop, solve her father's murder, which her boss, the local police chief, has dismissed as a suicide. Lansdale's down-home prose erupts with explosive twists and razor sharp insights into how "echoes from the original sounds" can never be silenced until action is taken to defeat the fear that created them.