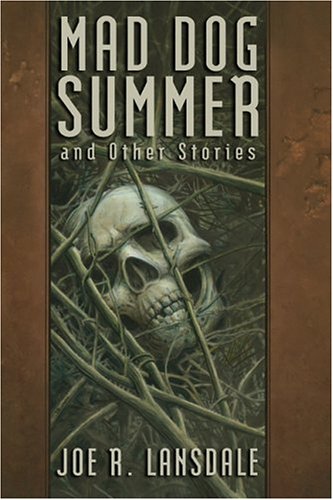 MAD DOG SUMMER: And Other Stories

Lansdale ( , etc.) shows himself at the top of his form in this varied collection with something to suit every reader's taste. Half of the book's eight selections are novellas, two of which grew into novels. The title story, which Lansdale expanded into his Edgar Award–winning , is a haunting coming-of-age tale that evokes the fiction of Harper Lee and Davis Grubb in its account of a child in a small Texas town and her first confrontation with evil at the height of the Great Depression. In "The Big Blow," the Galveston hurricane of 1900 makes the perfect tempestuous backdrop for a racially charged prizefight that sums up humanity's irrepressible savagery. Two stories filter old-fashioned dime novel plots through a comically warped adult sensibility: "The Steam Man of the Prairie and the Dark Rider Get Down" lards a Wellesian steampunk thriller with liberal helpings of grue and perverse sexuality, while the satirical "Way Down There," the book's one original, reads like an Edgar Rice Burroughs hollow-earth adventure adapted for an episode of . "The Mule Rustlers" and "Screwup" (co-written with wife Karen) are trademark tales of the Lansdale loser, a schlub whose every effort to reverse his bad luck subjects him to a Job-like deluge of hurt and humiliation. Echoes of writers from Mark Twain to Robert Bloch ring through these stories, but Lansdale is an American original with a storytelling style distinctively his own. )