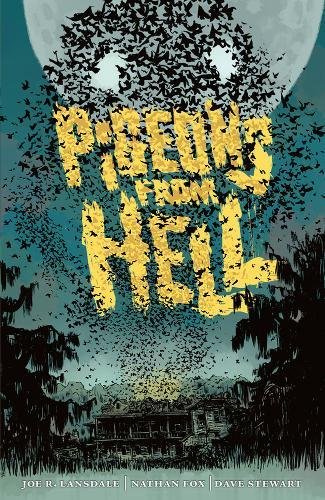 Classic pulp writer Robert E. Howard ( ; ) is enjoying a renaissance among comics creators. Veteran horror novelist Lansdale ( ) and Nathan Fox ( ) have turned their hands to updating one of Howard's lesser-known stories. Sisters Claire and Janet have just inherited the swampy Blassenville plantation house from their grandmother, a former slave on the grounds. They're understandably nonplussed: the plantation house is in the middle of a swamp, and this being a horror story, it's haunted by the ghosts of dead slaves. The ghosts assault the sisters and their small party of allies, apparently not caring that the girls are their descendants. The girls seek help from the Lawman, a mysterious local figure in cowboy garb, and they seek exposition from Alcebee, an old man who's been guarding the area for more than a century. Lansdale offers a by-the-numbers cabin-in-the-woods tale, with little of the creepiness that marks Howard's prose. Fox's art is an intriguing mix of sketchy and cartoony. Unfortunately, his storytelling lacks clarity, making it difficult to tell where and when things are happening.