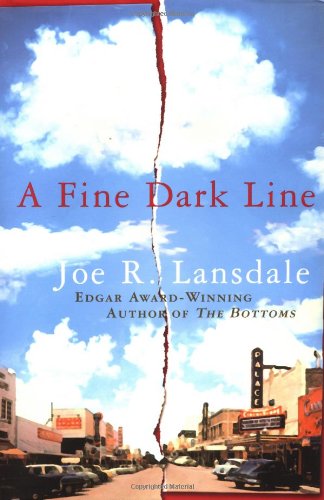 The atmosphere is as thick as an East Texas summer day in Edgar-winner Lansdale's () engaging, multilayered regional mystery, which harks back to 1958. Thirteen-year-old Stanley Mitchel, Jr., has enough on his hands just growing up in Dewmont, Tex., when he literally stumbles on a buried cache of love letters. Stanley pursues the identity of the two lovers with help from the projectionist at his family's drive-in, an aged black man who quotes Sherlock Holmes and doesn't mince words about the world's injustices. As the truth of a gruesome 20-year-old double murder comes to light in the sleepy town, so do the facts of life, death, men, women and race for young Stanley. Unfortunately, this wealth of experience sometimes strains credulity. For instance, Stanley, his sister, Callie, and friend Richard witness a secret burial, see a local phantom, are chased by a murderer and barely miss being hit by a train—all in one night. As the older and wiser Stanley says of the past, "More had happened to my family in one summer than had happened in my entire life." The "down-home" dialect is occasionally overdone, too, with more ripe sayings than Ross Perot on caffeine. But Lansdale clearly knows and loves his subject and enlivens his haunting coming-of-age tale with touches of folklore and humor.