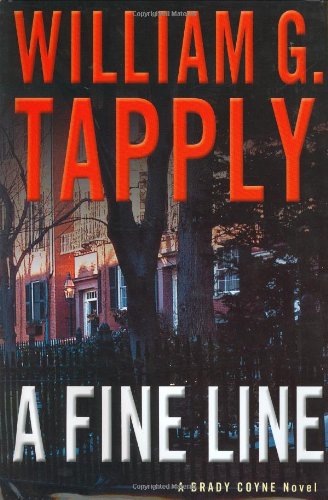 Brady Coyne (; ; etc.) has been around for almost two decades now, and the low-key, fly-fishing Boston lawyer with an overly developed need for self-reliance has never been in better form. Among Coyne's clients who are also personal friends is Walt Duffy, a nature photographer recently derailed by a paralyzing accident. Duffy asks Coyne to carry a packet of letters, purported to be from explorer Meriwether Lewis to ornithologist Alexander Wilson, to a noted book dealer for authentication. Soon thereafter, Duffy is dead from a suspicious accident; his son, Ethan, is missing; and Coyne is about to embark on a case that will once again test not only his ability to survive but his willingness to accept help and support from others. As the case escalates from accident to murder, an amorphous group of ecoterrorists, using arson as a primary weapon, begins to emerge as suspects. A deadly arsonist uses our hero as a pawn, forcing the attorney to comply with his demands or put others at deadly risk. At the same time police and FBI press Coyne to cooperate. Coyne's tendency to draw into himself and face the problem alone may be the wrong decision, especially since it threatens his deepening relationship with girlfriend Evie Banyon. Tapply consistently delivers well-written, well-constructed and thoroughly entertaining mysteries, and his latest is a fine addition to the series.