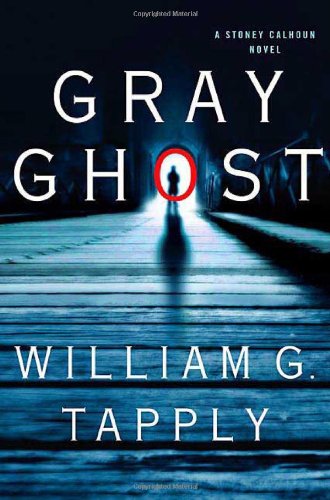 The pleasures of the outdoors lift the second Stoney Calhoun novel \t\t (after 2004's ) from Tapply, best \t\t known for his many mysteries about Boston lawyer Brady Coyne (, etc.). Stoney, who lost his memory when he \t\t was struck by lightning years earlier, knows how to tie a gray ghostâ€”a fly \t\t used for salmonâ€”as well as other skills useful to his new life as half-owner \t\t of a bait shop in Portland, Maine. Occasionally, hints about his past arrive \t\t like muscle twingesâ€”survival skills of the sort learned in law enforcement, \t\t reinforced by infrequent visits from "a grayish, nondescript guy from some \t\t government agency who'd been sent to keep an eye on him." But Stoney is mostly \t\t on his own as he struggles to find out why a burned corpse turns up on a small \t\t island, and why the fishing client who was with him when they discovered the \t\t body is also killed. Readers will look forward to learning more about Tapply's \t\t new character, who with any luck will be around as long as Brady Coyne. \t\t