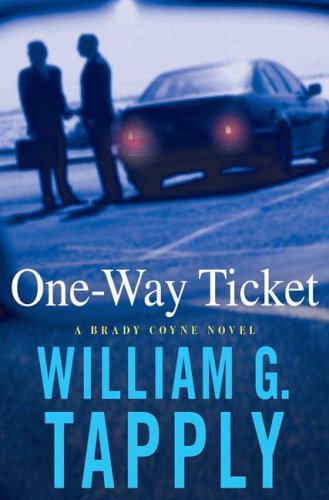 Boston attorney Brady Coyne, a principled man in an often unprincipled profession, remains as fresh and appealing as ever in his 23rd outing (after 2006’s ). Brady is enjoying an evening at home in his Beacon Hill townhouse watching the Red Sox on TV when Robert Lancaster, the son of a former client, phones and insists Brady see his father, Dalton, that same night. Dalton’s about to leave the hospital after being treated for a savage beating from some thugs. When the lawyer and old client meet, Brady believes Dalton’s claim he’s conquered his gambling addiction, and hence couldn’t have been assaulted by men he owed money to. Brady soon learns Robert’s the one in debt to the mob, but his efforts to mediate are derailed when Robert’s kidnapped. Though the kidnapper’s identity and the final plot twist won’t surprise genre-savvy readers, fans will cheer Tapply’s engaging hero every step of the way.