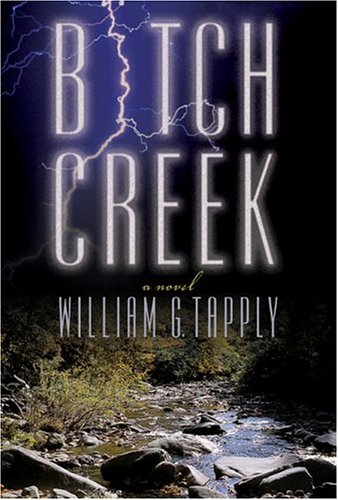 The reliable Tapply introduces a new series with a real page-turner set in rural Maine. Stoney Calhoun, "a man without a history," lost his memory in a lightning strike five years earlier. Soon after the accident, Stoney left a rehab hospital in Virginia with a $25,000 check in his pocket from an insurance settlement, drove "Downeast" to live in seclusion along the eponymous creek of the title and began work at Kate Balaban's bait and tackle shop. One morning he foists an unsavory customer planning a wilderness trip onto Lyle McMahan, a local college student and fellow guide, and neither is seen again until Stoney finds Lyle's body floating in an alder swamp with a bullet in his belly. Gnawed by guilt over Lyle's murder, Stoney, with his faithful spaniel, Ralph, searches remote villages, farms and woodlands for his friend's killer, and while doing so, finds clues to his own mysterious past. Tapply's down-to-earth style provides an uncomplicated plot with striking descriptions of Maine's wildest topography, though a far-fetched and excessively violent resolution spoils the rustic mood. Tantalizing questions about Stoney's previous life remain for a future installment.