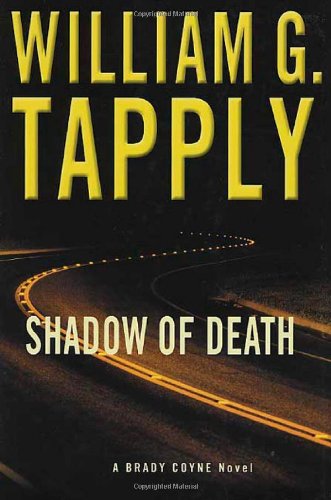 In Tapply's 20th literate and engaging Brady Coyne mystery (after 2002's ), the divorced Boston attorney, at a friend's request, looks into the odd behavior of Albert Stoddard, the husband of a woman who hopes to become the first female U.S. senator from Massachusetts. Suspecting that more than a simple distaste for electioneering may be behind Stoddard's withdrawal from helping his wife campaign, Coyne enlists a PI he knows, Gordon Cahill, to dig up any dirt and pull the poison before any scandal becomes public. The detective quickly, and suspiciously, turns up dead, the victim of a fiery apparent car accident. Guided by a few tidbits of information Cahill had provided, the lawyer again turns gumshoe and follows clues to a secluded New Hampshire cabin that Stoddard may have used. Soon violence and murder disrupt the simple life of rustic Southwick, N.H. Tapply excels at capturing the feel and pulse of a secluded and insular village. The eminently human Coyne, whose sleuthing is straightforward and plausible, struggles with his professional ethics as well as with relearning how to share a home with his girlfriend, Evie Banyon, who's recently moved in. While the whodunit aspect is a little underdone, there's clearly much life left in the series with its sympathetic and well-developed characters.