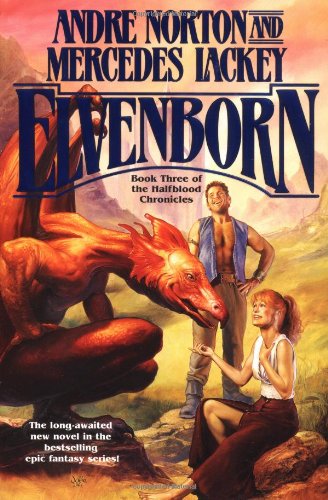 The excitement flags somewhat in the third book of Norton and Lackey's popular high fantasy series (after and ). Where earlier volumes focused on humans and dragons, now elves come to the fore in a tale of the machinations, power-playing and cruel games that are the lifeblood of the High Lords. Into this treacherous territory blunders a good-hearted elf, Kyrtian V'dyll Lord Prastaran, who is not a High Lord, has no political ambitions and doesn't care for the cruel ways of most of the elven folk. Kyrtian has a small holding in the country, keeps no slaves and his human servants actually like him. Obsessed with military tactics out in the middle of nowhere, Kyrtian has learned the art of war—which brings him to the attention of the High Lords. Against his will, Kyrtian ends up leading the elven armies in their ongoing war against the dragons and the halfblood elves that have plagued them throughout the series. But the battles that Kyrtian supposedly wins against his half-elven foes turn out to be just the beginning of his adventures. The authors take moral stabs at issues ranging from slavery to strip-mining, but the story line itself glosses over details, while the action comes across too often as told rather than shown. Hopefully, the next installment, the forthcoming , will resurrect the fireworks more typical of these heavy-hitting authors.