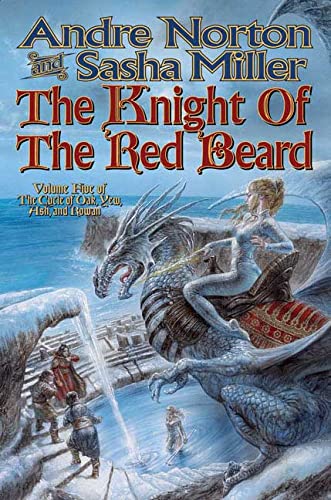 The Knight of the Red Beard

Although billed as the conclusion to Miller and Norton’s Oak, Yew, Ash and Rowan Cycle, this fifth installment (after 2005’s ) is a cliché-strewn mess that resolves few of the many plotlines. Former protagonists Ashen NordornQueen and Gaurin NordornKing are now aging, and their children begin to take center stage. Eleven-year-old Mikkel stows away on a warship and is captured by vicious northern Wykenigs, one of whom, the witchy Wysen-wife Gunnora, has a connection to his family’s past. Meanwhile, 13-year-old Elin allies with her manipulative grandmother Ysa to disrupt Ashen and Gaurin’s kingdom. As a new enemy emerges, the more benign grandmother, Wysen-wife Zazar, uses her magic to try to rescue Mikkel and save the kingdom. Longtime fans might find their frustration at the dangling plotlines is outweighed by character development, but newcomers will find only a world faintly copied from our own and a threadbare, unconvincing plot.