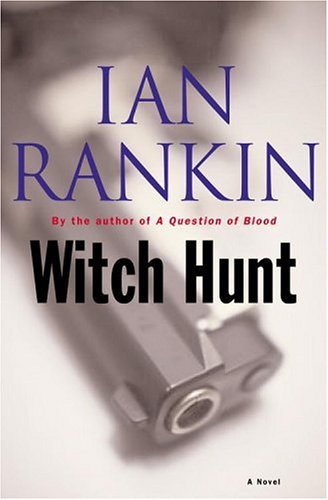 In this rather tepid thriller, Britain's security services are thrown into a tizzy thanks to the mysterious female superassassin known as Witch, who changes disguises and personae at the drop of a hat, carrying out hits and gravitating ominously toward the vulnerable heads of state at a London summit. Witch should be a potent femme fatale, combining female penchants for dressup and masquerade, social infiltration and sexual manipulation with male tendencies toward violence and lone-wolf alienation. But Rankin's attempts to get inside her head fall a bit flat. Glamorous on the outside, this lady assassin is dull on the inside; Witch has a touch of feminist outrage but spends most of her time dourly mulling over the details of upcoming hits. The novel often ditches her to take up the richer psychologies of the detectives tracking her, the incessant bureaucratic infighting and turf battles among various police and intelligence agencies, and a knockabout romance between an English spy-bloke and a French spy-gamine on Witch's trail. Rankin ( , etc.) is more comfortable with drawing-room mystery than spy thriller here; much of the action is interior, revolving around probing interviews and crossword-puzzle clues, and the terrorist-spectacular plot eventually deflates into a family melodrama. Rankin piles on lots of absorbing assassin and police procedural sleuthing, but it's all in pursuit of a routine case.