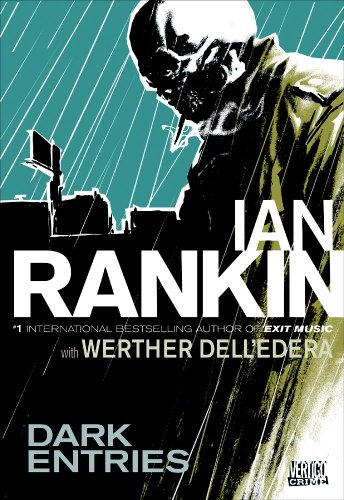 Popular mystery novelist Rankin writes fan-favorite John Constantine, from the long-running comic , in this original tale from the new Vertigo Crime imprint. Although the character has a history dating back to Alan Moore's run on , requires no prior knowledge. Paranormal investigator Constantine is recruited by a television executive to look into a locked-room mystery reality show that appears to be haunted. The guests, already on edge, are tormented by terrifying visions that only they can see. Of course, the only way for John to investigate is to join them. The job becomes very personal very quickly as Constantine comes to know and care about the people who share his privacy-free prison. The show's producers are more concerned with ratings than the human suffering before them, and in a way, they seem almost as inhuman as any horror Constantine has gone up against. Dell'edera's work is expressive and crisp, done almost entirely in sharp pure black inks with barely a hint of shading in sight, with an elegance to horror sequences that's far more Dante than slasher film. Possibly the best work in years and a strong ghost story in its own right.