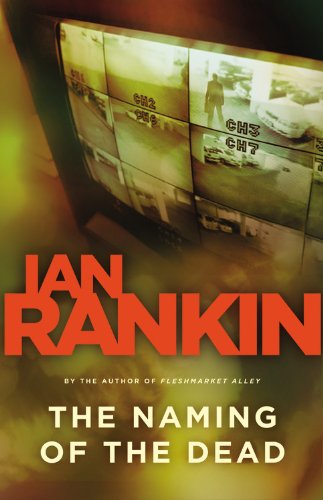 The Naming of the Dead: An Inspector Rebus Novel

At the start of Rankin's overly complex 18th book to feature Edinburgh's Insp. John Rebus (after 2005's ), Ben Webster, a Scottish delegate to the Group of Eight summit, dies suspiciously a couple of days before the world's leaders gather in Scotland in 2005. While his colleagues are preoccupied by ensuring security at the conference, Rebus is devoting his energy to the murder of Cyril Colliar, a recently released violent sex offender. No one really cares about the case except for Rebus, and that's mainly because Colliar was muscle for Edinburgh's crime boss "Big Ger" Cafferty, with whom Rebus has tangled in earlier novels. Rebus is more than willing to flout authority in his dogged pursuit of Colliar's killer, who may be a vigilante intent on punishing rapists. Webster's death, never wholly resolved, does connect with Rebus's investigation, but the link is tenuous at best. Rankin deftly captures the mad circus—the media, the security, the demonstrators—of the G8 summit, but this background muddies the narrative waters. He's at his best when he focuses on Rebus and the city of Edinburgh itself.