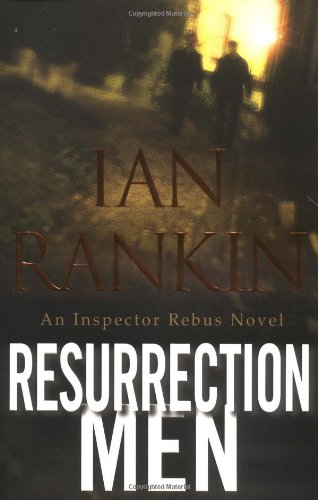 Rankin's moody Inspector John Rebus, unorthodox pride of the Edinburgh police, begins this latest installment in hot water. He's been sent back to the police college for "retraining," with a group of other "resurrection men," for throwing a cup of coffee at a superior in a moment of frustration. It soon becomes clear, however, that the police brass have their own agenda for Rebus. Some of his fellow officers are suspected of being on the take, and it's his mission—should he accept it—to try to infiltrate their schemes, perhaps even encourage them. Meanwhile, a murder he and the edgy Det. Sergeant Siobhan Clarke have been investigating has turned up some curious links with an apparently Teflon crime boss Rebus has been after for years. The two cases gradually come together in Rankin's skillfully woven plotting, full of his trademark tough, oblique dialogue and sudden moments of touching warmth. The book's only drawbacks are that it seems a little overextended, and that the final bloody climax lacks something in conviction, if not in tension. This isn't one of Rankin's top efforts, but even coasting, he leaves most police procedurals at the gate.