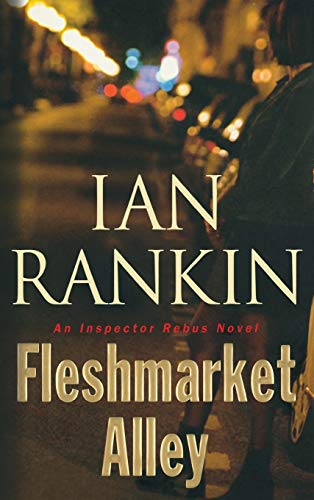 The Edinburgh of Insp. John Rebus has more than its share of violent crimes involving drugs and gangs, but there's always another layer of institutional vice and corruption. As Rebus says, "[W]e spend most of our time chasing something called 'the underworld,' but it's the we should really be keeping an eye on." In Edgar-winner Rankin's 15th novel to feature the moody, dogged detective (after 2004's ), a Kurdish refugee's death in a dreary housing estate leads Rebus into a labyrinthine plot involving a modern-day version of the slave trade. As has been the trend in recent Rebus novels, colleague Siobhan Clarke assumes a more central role, this time investigating the disappearance of the sister of a rape victim who later committed suicide. These mysteries begin to intertwine when Rebus and Clarke are called to a pub on Fleshmarket Close where two skeletons have been exhumed. As always, Rankin is deft with characterization and wit, but here he juggles too many narrative balls. The story lines are slow to gestate, and their complexity undermines the book's momentum. Still, Rebus remains one of the more compelling characters in crime fiction—and Rebus's Edinburgh one of the more compelling settings.