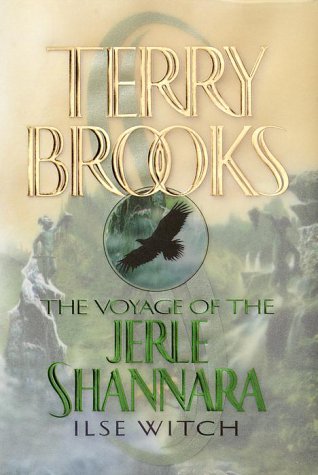 Echoing with the themes, traditions and enchantments of Brooks's earlier Shannara novels, this lively new adventure, set a generation later, combines the familiar quest format used in The Sword of Shannara with an array of well-defined characters and malevolent beings. Rather than searching for a powerful sword, however, the Druid Walker and the Elven King Allardon Elessedil unite forces to retrieve an ambiguous prize, ""a magic of spells invoked by words,"" that may fortify the Elven government and its people or destroy those who seek it. Guided by the knowledge of the dangers he will face beyond the Blue Divide, Walker spends a lengthy amount of time recruiting his crew members. For heroics, Walker enlists the aid of two Highland boys: Quentin, who has the power of the Leah family sword at his behest, and his foster brother Bek, an orphan of mysterious origins and unknown talents. Providing magical mobility are the Wing Riders, who fly the frequently unfriendly skies on giant Rocs. A female seer and empath, a shapeshifter with a dubious past, a dwarf, a number of Elven soldiers and several colorful, Gypsy-like Rovers who captain, navigate and repair the airship Jerle Shannara round out Walker's questing crew. Throughout, the inimical Ilse Witch, a powerful young sorceress and Walker's bitter rival, shadows the expedition as it overcomes several near fatal encounters. Although this first volume in Brooks's proposed trilogy sputters to a slow start, bogged down by necessary background information and character development, Brooks nevertheless manages to intensify and tighten the story's momentum as the Jerle Shannara reaches its final destination. Fans familiar with the Shannara series, and new readers as well, will enjoy this first Shannara tale in four years. Major ad/promo; 12-city author tour; simultaneous Random House Audio. (Sept.)
close
Details