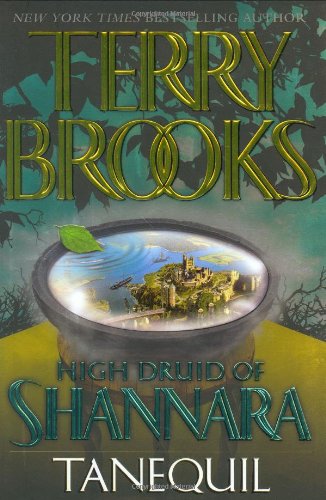 Make a wish on an Elfstone and anything can happen, including a fresh second installment (after 2003's ) in Brooks's bestselling High Druid fantasy trilogy, part of the long-running Shannara series whose magic has been showing signs of wear. As the Free-born Federation war continues in the Four Lands, life is packed with peril for the Ohmsford family. While High Druid Grianne Ohmsford languishes in the Forbidding, a demon tracks her gifted nephew, Pen, with orders to kill him from the Druid responsible for her banishment, the evil Shadea a'Ru. Young Pen and his followers—perky Elven Elfstone carrier Khyber, grumpy dwarf Tagwen, blind Rover girl Cinnaminson and helpful Rock Trolls—seek the tanequil, a mysterious tree from which a "darkwand" must be formed that will aid Pen in rescuing his aunt from the Forbidding. Pen's parents, Bek and Rue, are also ensnared by Shadea, an uneasy ally of Sen Dunsidan, the Federation's prime minister. New readers may feel a little disoriented by unfamiliar references, but Brooks's efficient pacing, skillful characterizations and suspenseful plotting all bode well for the trilogy's conclusion.