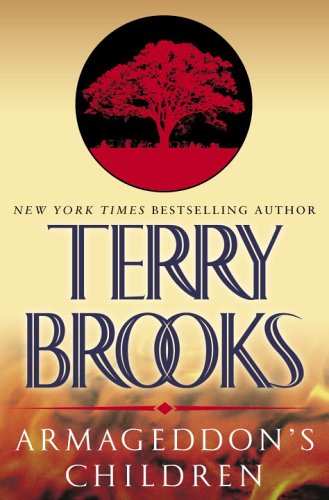 In this exciting first of a new fantasy trilogy, bestseller Brooks effortlessly connects the Tolkien-infused magic of his Shannara books ( , etc.) with the urban, postapocalyptic world of his Word and the Void series ( , etc.). The author envisions a chilling near-future U.S., where civilization has collapsed from environmental degradation, plagues, global warfare and supernatural threats. The last surviving members of the Knights of the Word, Logan Tom and Angel Perez, seek to keep the "balance of the world's magic in check" as they battle the Void—embodied by demons, their leader Findo Cask and their vicious human mutant counterparts known as "once-men." The Ghosts, an endearing tribe of street teens led by the resourceful Hawk, also scrabble for survival. Meanwhile, the human-demon war threatens the coexisting Elven nation. Longtime Brooks fans and newcomers will be riveted as the fate of the human and Elven worlds hangs in the balance.