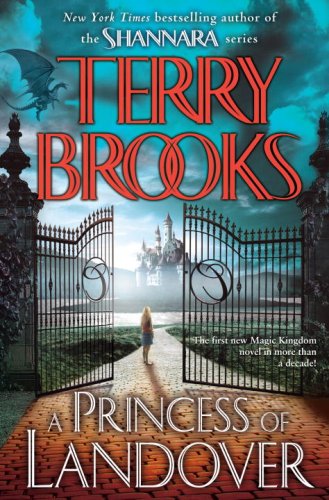 A Princess of Landover

Fans of Brooks's magic kingdom of Landover will welcome this title, the first new book in the series since 1996's . Ben Holiday's daughter, Mistaya, is now 15 and currently suspended from her private girl's school on Earth for scaring a classmate with magic. Her father—at wit's end despite having defeated many more fantastic challenges—decides to teach her responsibility by sending her to the remote royal library, Libiris. Mistaya runs away, but winds up in Libiris anyway, trying to hide in plain sight. There she discovers a suspicious character called His Eminence, a mysterious voice crying for help and a vast evil threatening all of Landover. The lighthearted story, as with the earlier volumes, can be serious without the convoluted grittiness of Brooks's Shannara saga, and there are plenty of treats for returning readers.