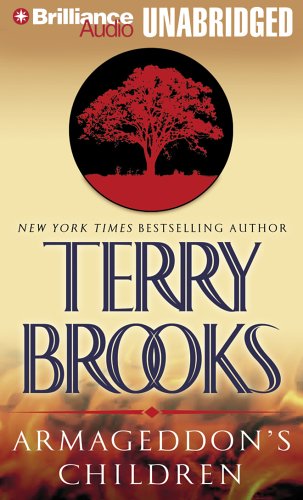 In a postapocalyptic America, legions of demons and mutants known as "once-men" roam the landscape. Two teens, Logan Tom and Angel Perez, are the last surviving Knights of the Word, and may be humanity's last hope against the forces of darkness. Although the characters here are sketchily drawn, and many of the postapocalyptic tropes Brooks employs are either overly familiar or not fully developed, Hill does an admirable job of breathing life into the story and characters. He skillfully gives voice to a panoply of child characters, and alters his voice just enough to indicate their youth without becoming overly cutesy. Hill's overall tone is dark and somber, giving an appropriate ambiance to the narrative. As good as Hill is, though, this audio might have benefited from a second narrator; since the narrative unfolds in two primary threads (Logan's and Angel's), it would have been easier for the listener to keep track had there been a different narrator for each. Which is not to say that Hill's performance is in any way lacking; quite the contrary: it is exemplary.