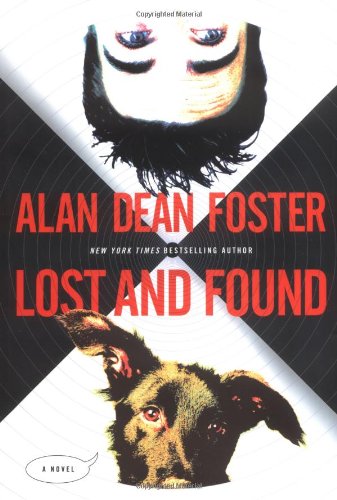 LOST AND FOUND: The Taken Trilogy Book One

Alien abductions are fast becoming an SF cliché, but bestseller Foster ( ) puts a fresh spin on the theme in the wacky first book of a new comic SF series about Marcus Walker, a Chicago commodities broker, and George, a talking dog. Both fall victim to the seven-foot Vilenjji, who roam outer space and snatch specimens from various backward planets to sell as novelty pets to wealthy clients. Marc and George are the only Earth samples in the vast traveling zoo en route to an undisclosed alien marketplace. The other oxygen-breathing sentients—caged in enclosures that imaginatively echo the places where they were captured—can communicate with each other and their captors, due to implants that have been softwired into their brains. Much mayhem ensues as Marc and the streetwise mutt decide to attempt an escape with fellow zoo allies, the huge, very scary, always hungry poetry-spouting Braouk ("Sorrow is sharing, the abducted are together, many one") and the tiny, bejeweled, hysterically superior Sque ("a female of the K'eremu"). Walker's enthusiasm in taking stock of the assets at their disposal in their wild bid for freedom—something his work has taught him to do "when faced with a difficult set of circumstances"—and George's doggy determination make this a winner for all ages.