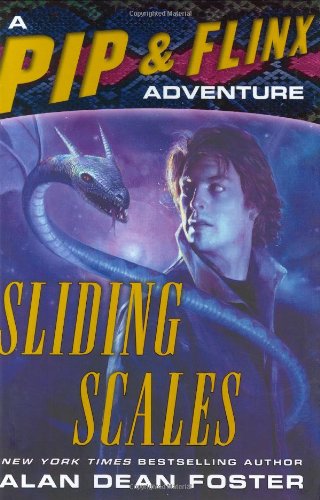 Flinx and Pip, that daring duo of man and "minidrag" (a flying snake), take a break—or try to—from fighting the forces of evil in Foster's surprisingly dark ninth entry (after 2003's ) in an SF series usually considered light on substance but heavy on fun. Philip "Flinx" Lynx, the young Commonwealth hero, is exhausted. He may hold the key to saving the universe, but he doesn't care. He broods over Clarity Held, the injured girlfriend he left behind in . Teacher, his ever-helpful ship-mind, suggests a vacation. Unfortunately, Flinx travels to Jast, a planet caught in a rising conflict between two sentient species, the mushroom-like Vssey and the reptilian AAnns. An ambitious AAnn secondary administrator, Takuuna, wants Jast allied with the Empire at any cost, including subterfuge, terrorism and murder. His mistrust of "softskinned" humans leads to an attempt on Flinx's life, but Chraluuc, an AAnn artisan, finds Flinx and nurses him back to health as the outcast artists of Tier courageously welcome him into their family. Foster exhibits a keen eye for depicting alien art forms and injects a cohesion lacking in some earlier installments, giving the series a much-needed energy boost.