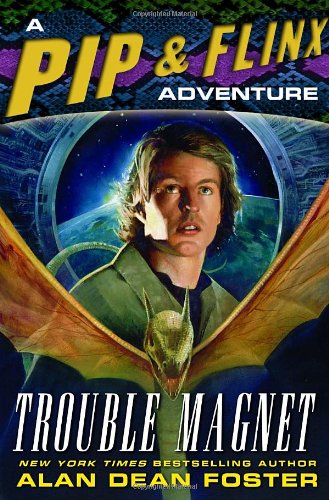 Plagued by doubts about his quest to find the ancient alien weapon that will one day save civilization from the destruction of the Great Emptiness, adventurer Flinx—along with his empathic mini-dragon Pip—take a detour to the criminal-run planet of Visaria in the 12th fast-paced novel (after 2005's ) of Foster's space opera series. There, Flinx rescues Subar, a teenage gang member, who makes the mistake of trying to mug some insectoid aliens. Not much wiser, Subar and his cohorts later rob a valuable Terran antique shipment from a warehouse. This puts local crime lords on Subar's trail—and once more brings Flinx and Pip to the rescue. Over the course of their adventures, Subar nearly loses his life to save his girlfriend, Ashile, and Flinx only survives thanks to last-minute intervention by some old comrades, aliens from another dimension. This deus ex machina resolution renews Flinx's conviction about his greater role as civilization's savior and reassures the fans that the series will go on.