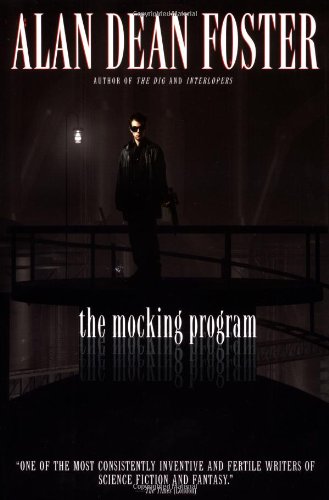 Bestseller Foster (; ; etc.) elevates this well-paced, hard-boiled SF police procedural through the use of a highly imaginative setting—the sprawling Montezuma Strip, which stretches along the old U.S.-Mexican border and constitutes "the western hemisphere's largest concentration of industry, commerce, assemblage, cutting-edge technology, and trouble." When police inspector Angel Cardenas investigates the case of a male corpse found with most of its internal organs missing ("They'd left the heart. Not much of a demand for hearts these days. Not with good, cheap artificial models flooding the market"), the victim turns out to have had two identities—one as a local executive, the other as a Texas businessman. The plot thickens when the victim's booby-trapped house nearly kills Cardenas and his partner. After a few more near escapes, they establish that the corpse's "wife and daughter" are actually Surtsey and Katla Mockerkin, the ex-wife and 12-year-old daughter of crime lord Cleator Mockerkin, who wants them back in (literally) the worst way. By now Cardenas is sufficiently determined to follow them to Central America, aided by his training as an almost telepathic intuit. The amazingly versatile author plays with a full deck of futuristic elements—notably, sapient apes led by gorillas and intelligent rogue computers that commit computer crimes. An ambiguous but nonetheless satisfying ending leaves open the possibility of another story about Inspector Cardenas. (