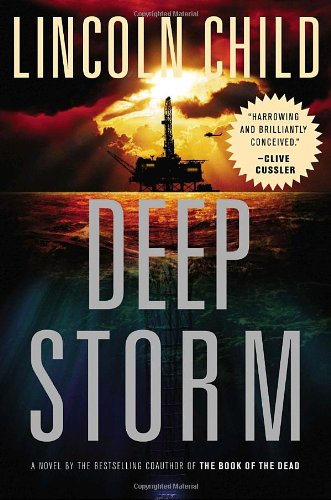 Best known as the coauthor (with Douglas Preston) of such bestselling thrillers as , Child delivers a well-crafted and literate science fiction thriller, his third solo effort (after 2004's ). Peter Crane, a former naval doctor, faces the challenge of his career when he investigates a mysterious illness that has broken out on a North Atlantic oil rig. Sworn to secrecy, Crane is transported from the rig to an amazing undersea habitat run by the military that's apparently pursuing evidence that Atlantis exists. Psychotic episodes among the scientific staff as well as the activities of a saboteur that threatens the project's safety keep Crane busy, even as some of the staff members confront him with concerns that exploring the Earth's core could be fatal to all life on earth. Crisp writing energizes a familiar plot, which builds to an unsettling climax with echoes of Child and Preston's .