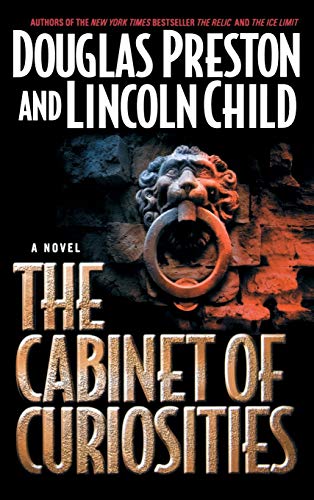 THE CABINET OF CURIOSITIES

In seven bestselling novels (from to ), Preston and Child have delivered a body of science-based thrillers that for high excitement and robust scientific imaginings rival those of Michael Crichton. Their eighth outing is another richly entertaining tale, about the hunt for a seemingly immortal serial killer at work in New York City. Preston and Child revive characters and settings from earlier novels, often a red flag that authorial imagination is tiring; but in this case, all comes together with zing. There's FBI Special Agent Pendergast (from ), pale, refined and possessed of a Holmes-like brain; dogged reporter William Smithback Jr. and his fiery erstwhile girlfriend, Nora Kelly of the New York (read American, where Preston used to work) Museum of Natural History (both characters from with the museum the setting for ). The action begins when groundbreaking for an apartment tower in downtown Manhattan reveals a charnel house of murder victims from the late 19th century. Enter Pendergast, who for unexplained reasons taps Kelly to study the remains before the site is stripped by the building's developer, a Donald Trump–type who, with the mayor's backing, will accept no construction delays. As Kelly calls on Smithback for investigative help, the city is struck by killings that duplicate the earlier murders, with the victims' spinal cords ripped away and clues pointing to a 19th-century scientist who sought the secret of immortality. Featuring fabulous locales, colorful characters, pointed riffs on city and museum politics, cool forensic and paleontological speculation and several gripping set pieces including an extended white-knuckle climax, this a great beach novel, at times gruesome, always fun: Preston-Child at the top of their game.