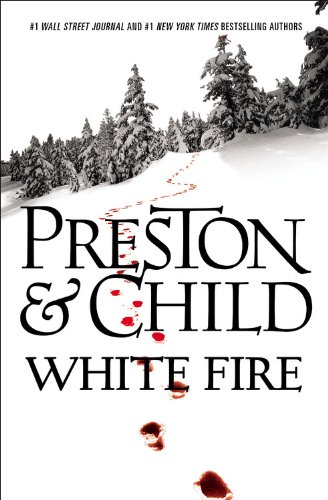 Sherlock Holmes fans will relish Preston and Child’s 13th novel featuring eccentric FBI agent Aloysius Pendergast (after 2012’s Two Graves), one of their best in this popular series. In the prologue, set in 1889 at a London restaurant, Oscar Wilde not only advises Conan Doyle on how to improve the character of Holmes, who so far has appeared only in A Study in Scarlet, but also tells a horrible tale about a mining camp that the aesthete visited during his American tour a few years before. The details of Wilde’s story gradually come out in the main, present-day narrative, in which Pendergast’s protégé, Corrie Swanson, a student at Manhattan’s John Jay College of Criminal Justice, is undertaking “a large-scale study of perimortem trauma on human bones inflicted by a large carnivore.” Her starting point will be Roaring Fork, Colo., where a bear killed and ate 11 miners in 1876. Corrie’s arrival in Roaring Fork coincides with a series of grisly murders that Pendergast later comes to believe are related to the 19th-century bear attacks. Lee Child, Clive Cussler, Anne Rice, and Peter Straub have all supplied blurbs for this installment, which easily stands on its own with only passing references to Pendergast’s complex backstory. Agent: Eric Simonoff, WME. (Nov.)
close
Details