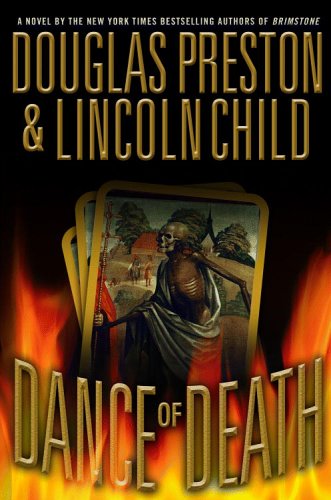 The always reliable team of Preston and Child revisit Special FBI Agent Aloysius Pendergast, last seen in 2004's , and others from past bestsellers ( ; ) in this intriguing thriller set in and around New York City and the halls of the Museum of Natural History. Born a misanthropic loner but driven insane by seeing his parents burned alive when he was a teen, Aloysius's madman brother, Diogenes, has begun murdering Aloysius's friends. Aloysius begs old friend Lt. Vincent D'Agosta to help him defeat his brother, and Vincent does his best while the brothers spar and others die. There are a number of subplots, one involving an ATM robber and flasher known as the Dangler and another focusing on the museum's exhibition of sacred masks, but these fade away as the deadly duel between the brothers takes center stage. Think Sherlock Holmes locked in a death struggle with his smarter brother, Mycroft. Like Brimstone, this novel doesn't end so much as simply pause while the authors work on the next installment. While it's not as good as some of their earlier efforts, it's still pretty darn good. Agents, Eric Simonoff at Janklow & Nesbit and Matthew Snyder at CAA. Major ad/promo, 10-city author tour.