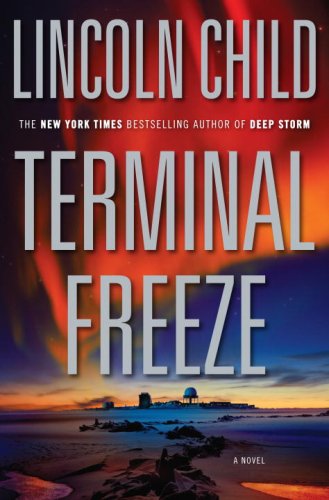 In this taut, suspenseful SF thriller from bestseller Child ( ), an obscure scientific expedition in Alaska's remote Federal Wilderness Zone stumbles on the frozen body of what appears to be a saber-tooth tiger in a cave, though only the eyes are clearly visible through the ice. When news of the find reaches the cable television network sponsoring the expedition, Emilio Conti, a legendary documentary filmmaker, rushes to the scene, where he plans to film the thawing of the animal on live TV. After the frozen creature disappears, Conti suspects sabotage, until horribly eviscerated corpses begin to pile up at the military base hosting the expedition. Paleoecologist Evan Marshall suspects that the prehistoric beast is responsible—and that the initial identification of it as a saber-tooth was mistaken. While the story line of a horrific monster picking off a shrinking group of survivors in a confined area is nothing new, Child's superior writing raises this above the pack.