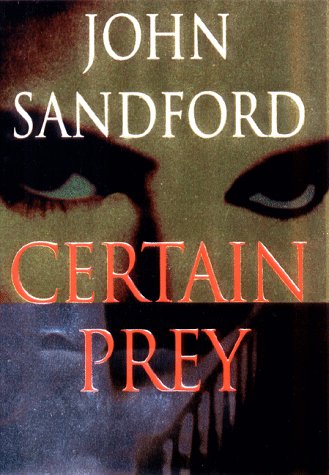 For all his brooding, Minneapolis cop Lucas Davenport lacks the charisma of, say, Robert B. Parker's Spenser or James Patterson's Alex Cross. The vast popularity of the Prey novels is probably due, then, not so much to this dependable hero as to Sandford's clever plotting, sure pacing and fully rounded villains--as well as his smart prose. As if acknowledging his series' hero's unflashy demeanor, Sandford, in his 10th Prey book (after Secret Prey), allows two gleefully unrecalcitrant female antagonists to steal the show from Davenport. Clara Rinker's life as a murderer and mob hit woman begins when she is raped at age 16 and beats her assailant dead with a baseball bat. Years later, the other femme fatale, sociopathic Minneapolis defense lawyer Carmel Loan, hires Rinker to kill the wife of property attorney Hale Allen, whom Carmel desires; within days, she has Hale in bed. The storyline spools out as a cat-and-mouse among the women and Davenport, with the villainesses dominating the action, sometimes in tangential scenes. When the junkie who connected Carmel to Rinker blackmails the pair, for instance, Carmel tortures him with an electric drill as Rinker watches. The action doesn't always wash: Davenport tumbles to Carmel's involvement too easily, and Carmel's ferocious response to being framed by Davenport redefines the term ""over the top."" The play between the two women, who bond like sisters, is as fascinating as the courtship of venomous lizards, and the novel's background hum--comprised of various amatory rustlings, forensic and legal ploys, and maneuvers among cops, FBI agents, mobsters and the killers--is rich in authentic detail. While not the pseudonymous Sandford's best, (he is Pulitzer Prize-winning journalist John Camp) this is a swift, satisfying entry in a series with long, muscular legs. 300,000 first printing; $300,000 ad/promo; BOMC main selection; author tour. (May) FYI: Mind Prey was adapted into a TV movie, John Sandford's Mind Prey, which aired on ABC in March .
close
Details