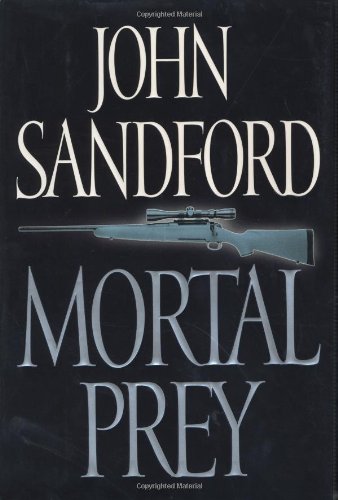 It's the little things about Lucas Davenport that make him such a kick to follow—his ruminations about why a public bus smells like urine, his fear that a cell phone won't work in the bathroom—"with all the tile." Davenport is, of course, a marvelous if unorthodox cop from Minneapolis, starring here in his 13th Prey offering, which finds creator Sandford operating at top efficiency and in high style. Clara Rinker, the hit woman extraordinaire who slipped out of Davenport's grasp in 1999's , is now back on the prowl, looking for revenge against old enemies from Kansas City who killed her fiancé and shot her in the gut. The bullet spared her life, but not that of her baby. The FBI, knowing she's headed to Missouri, assembles a huge team of shirt-and-tie, laptop-carrying agents, but also taps Davenport to make the trip. Sure enough, Rinker starts knocking off old business partners in creative ways, making the tech-minded FBI look foolish. It's only Davenport and his feet-on-the-street savvy that finally rope Rinker into a furious pursuit and showdown. Sandford's eye for the tell-all character quirk remains finely tuned, as does his deadpan humor, rivaled by few in the crime-drama ranks. Longtime fans should take note that changes are ahead for Davenport. He's marrying his sweetie, Dr. Weather Karkinnen, and they're having a kid. He's also about to leave the city police force, following his boss, Rose Marie Roux, to a job with the state police.